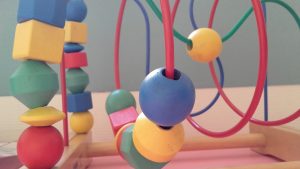 Jean Rogers is an amazing speech pathologist who has helped our family in more ways than imaginable. She has erased the negative stigma so many people believe revolves around “speech therapy.” My son has gone from a deaf, nonverbal, lonely three-year old to an understanding, verbal, happy four-year old. Within the past year of services Jean and Ms. Gerr have helped us find the root and cause of his problems.

She has helped us find a doctor who finally listened to and observed his symptoms and helped us discover our son was deaf. After three years and fourteen doctors later this doctor discovered our son was fully deaf in his left ear and partially deaf in his right ear. Before this doctor every other doctor claimed he was “a healthy, normal, functioning boy,” and that “all boys are late developers and he is just fine.” No ear problems were reported ever previously. My husband and I were worried because we both have a family history of autism and one doctor even claimed, “he is more likely to get in a car unbuckled and without a seatbelt and die than to ever be a child with autism” and that “your wife is making up and exaggerating his systems, he is fine.” We had begun to lose all hope and that is when we found Jean.

After scheduling a bilateral temporary tubal surgery our son regained his hearing. Even after this surgery and recovery we still realized our son had behaviors other children didn’t. He sat in the same chair everyday, played with the same one toy, refused to socialize with his peers and refused to follow along with his class or schedule. We were sent to a psychologist who helped us get a diagnosis. Our son had level two autism, ADHD, and obsessive compulsive disorder.

Jean Rogers and Ms. Gerr hav been a Godsend. Throughout this process many people have told us that nothing was wrong with our son and that we needed to stop making problems that weren’t there. Jean always helped me find resources and solutions to my son’s problems and never once made us feel less than. She has helped him find not only his voice but his full potential.

“We have got to work on keeping these children engaged with the world.”
– Temple Grandin